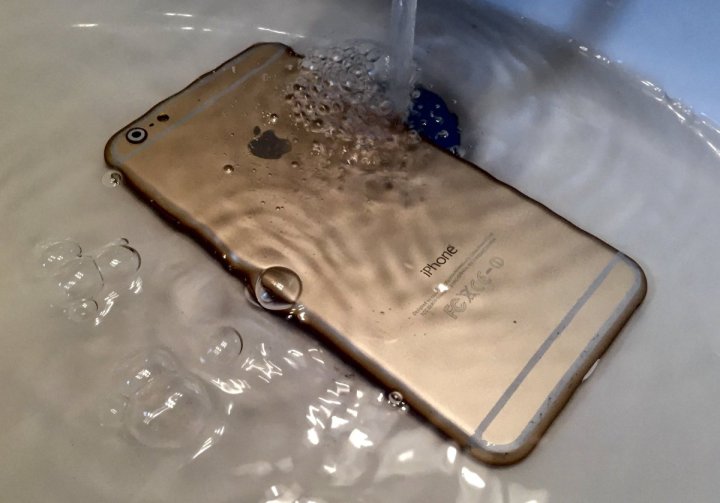 Apple upgraded the iPhone 6s design to make it withstand water better than the iPhone 6, and there are several Apple patents focused on delivering an iPhone that survives in water, which gives us some hope for a waterproof iPhone 7.

With a new design Apple may be able to incorporate a water-resistant iPhone 7 design into a production model allowing users to not worry about using the iPhone near water.

If Apple is able to deliver this, it would likely come with caveats such as only providing protection for 30 minutes of submersion for 3-6 feet or less.

A report from FastCompany claims that this is a feature Apple will provide with the iPhone 7 by coating the components of the iPhone 7 with a special chemical. We’ve heard rumors like this before and Apple pulled the feature, so while it is exciting, make sure you check before dropping your iPhone 7 into the water later this year.

The latest iPhone 7 rumors from March suggest Apple will not deliver a waterproof iPhone 7 this year. This back and forth mirrors what we see with many rumors and we may not know until the fall.

We want to see iPhone 7 wireless charging come standard on the new iPhones so that there is no need to buy a case to add this feature to your iPhone.

While Apple relied on cords, the competition has been busy placing wireless chargers in the Galaxy S7, Galaxy Note 5 and other smartphones. With the latest versions there is a faster way to charge wirelessly with Fast Charge wireless charging that can recharge a smartphone from empty to full in about an hour and a half when placed on a charging pad.

In the past, wireless charging took longer than some users would like, but that is no longer the case. Even though you still need to connect the charger to the wall, the convenience of setting the iPhone 7 down on a pad is something you shouldn’t overlook. FastCompany’s source also suggests Apple will add this to the iPhone 7.

All signs point to an iPhone 7 with a new design that is thinner, cutting out a headphone jack to enable a slimmer device. It’s not clear what will happen to the battery if Apple goes this route. removing the headphone jack and optimizing the components may allow for a similar or slightly larger battery, and efficiency upgrades could help make battery life better.

The biggest evidence that this will not happen is that Apple now sells an iPhone 6s battery case that fixes one of our complaints. We could see Apple go this route for the iPhone 7.

The iPhone 7 speakers could play a role in helping users rely on headphones less in some situations. Apple upgraded the speaker on the iPhone 6s, pushing out louder, better sounding audio than the iPhone 6, but we want a little more from the iPhone 7.

A new Apple patent highlights a system that would use acoustic chambers in the iPhone 7 design to amplify the sound while still putting a thin speaker in a slim device. We’ve seen external cases boost the iPhone speaker without power by routing the sound through channels, so this could be what Apple relies on for the iPhone 7 speaker improvements.

One area we really want to see Apple deliver a better iPhone 7 camera experience is in low light conditions. The iPhone 6s still struggles to produce great photos in low light, which often requires use of the flash.

In 2015 Apple purchased a company that was working on delivering better camera performance in a slim package.

While there are some rumors of a multi-camera setup, better low light performance is a feature that solves a real problem, rather than recording two types of video at the same time, which is a feature most users will not need.

We continue to hear that the best iPhone 7 camera experience will be on the iPhone 7 Plus, which could see optical zoom, dual cameras and more storage. The rumors are still somewhat contradictary on what camera tech will be in which iPhone 7 model, but we do want better low light performance.

We want to see better starting storage options for the iPhone 7 release. Apple continues to sell the 16GB iPhone 6s, which pushes many users to buy the next storage level up.

This is a savvy business move, especially after upgrading the storage options to 32GB and 128GB for the more expensive models, but one we hope isn’t an issue for the iPhone 7.

Even with iCloud storage and the iCloud Photo Library, many users still need more than 16GB of storage on the iPhone.

Some reports suggest we could see a 256GB iPhone 7 Plus option, which may be nice for some users, but a higher starting level is a more important upgrade.

The iPhone 6s and Apple Watch include NFC elements inside that allows users to make mobile payments with Apple Pay, but that is all that the NFC chip will do.

We are hopeful that Apple can find a way to enable NFC support for more than Apple Pay in the iPhone 7.

Open NFC support on the iPhone 7 could allow users to automatically pair with other devices like headphones and cameras, quickly change settings when you tap a NFC tag or trigger other Homekit functions when tapping a NFC tag at home or in the office.

We’ve seen Apple open up technology like Touch ID over time, so there is a precedent for doing so, but this may remain a wish that Apple does not fulfill.

We continue to see Apple adopt jailbreak features into iOS and the iPhone feature list with iOS 9 and iOS 9.3. This is a trend we hope Apple continues with support for more user customization.

If this is in the cards, we could see Apple deliver a hint with an iOS 10 reveal this summer at WWDC 2016. Apple normally highlights the next version of iOS in June at a developer event.

We want Apple to upgrade the iPhone 7 performance to enable richer app experiences and new uses for the iPhone. We typically see new software features rely heavily on the processor and RAM in the latest iPhone.

A new Apple A10 processor could deliver better performance on the iPhone 7 that allows for new apps and new iPhone 7 features that Apple has been waiting to build into an iPhone until the processor was capable. We are also hearing that the iPhone 7 processor will be more power efficient, which could lead to better battery life.

Another important rumor is that the iPhone 7 Plus will include more RAM with 3GB of RAM, according to KGI Securities analyst Ming-Chi Kuo. This may not happen, but overall it is likely that Apple’s new iPhone 7 will deliver better performance.