The HTC 10 has been one of the most-discussed (and most-leaked) flagship phones of 2016 so far, and with good reason. After the deeply disappointing HTC One M9, people really want to see a return to form for the Taiwanese manufacturer.

Now that the HTC 10 has been announced and we have a handle on what’s coming our way, it’s time we took a look at whether this year’s model represents genuine progress.

Here’s how the HTC 10 is looking next to its predecessor, the HTC One M9.

HTC 10 VS HTC ONE M9:DESIGN AND BUILD

The One M9 rather strangely ditches all that for a slightly angular shell that looks like it’s been designed by Picasso. The face and rear of the phone are demarcated by a pronounced ridge, and though HTC has always sold that as a design feature, we never grew to love it. It’s roughly the same size as the M8 but although it’s only slightly thicker, it feels more chunky in the hand. It’s undoubtedly well built, but it’s just not a phone you’ll lust after.

For the 10, HTC has gone for a kind of middle ground between the two previous phones. But it’s actually far nicer than that makes it sound – the angular bits complement the curvy bits (technical terms there) and the whole thing is gorgeously touchable: your fingers run over its face with barely a hint of resistance. The removal of the speaker grilles does remove a bit of character from it – to the uninitiated it could now easily be a Galaxy phone – but it also makes possible a bigger 5.2in screen without any added girth.

Definitely: they’re in a different class

HTC 10 vs HTC One M9: Much improved display

With the apparent size increase, the HTC 10 also packs along a slightly larger 5.2-inch 1440 x 2560 Super LCD 5 Display – whereas it’s a 5-inch 1080 x 1920 Super LCD 3 screen with the One M9 last year. There’s just no comparison here folks, mainly because the HTC 10’s panel is more detailed with its pixel density count of 564 ppi. Don’t get us wrong, the 1080p resolution of the One M9’s display is plenty detailed on its own, but the HTC 10’s jump to Quad-HD resolution definitely ups its game to match its foes in the mobile space.

Well, as much as we’d love to proclaim the HTC 10’s display as the superior one, it’s really tough to gauge the other qualities of the panel until we put it through some serious testing. Indoors, it seems as though the two panels emit the same level of luminance, but we do notice that there’s just a smidgen more saturation with the HTC 10’s display – albeit, it’s not by much.

Whatever the case, HTC has finally submitted to upgrading the resolution, which was something we were actually expecting last year with the One M9. Oh well! Either way, it’s nice that things are looking mighty sweet for its latest flagship.

HTC 10 VS HTC ONE M9: A CAMERA THAT CAN FINALLY COMPETE

The company simply can’t seem to make a competitive camera. Adequate, yes. Maybe even decent. But it hasn’t operated in the same photographic field as Samsung, LG, or Apple of late.

We can’t be sure just yet, but it might have cracked it with the HTC 10’s rear snapper. It makes all the right noises on the spec front: a large 12-megapixel sensor that specialises in low-light performance, larger-than-average 1.55micron pixels (just like the Nexus 6P), OIS, a wide f/1.8 aperture lens, second-generation laser autofocus, and a speedy 0.6 second launch time. It’s all here.

Yes, the HTC One M9 had a more headline-grabbing 20.7-megapixel sensor, but we all know that pixels aren’t everything in mobile cameras. Samsung pegged things back this year to get better low-light performance, and that’s just what HTC has done too.

HTC has also gone back to the drawing board with its camera UI, with greater manual control and RAW support.

Even the front-facing 5-megapixel camera has had some attention. It’s the first to feature optical image stabilisation. Your selfies should be bright and blur-free.

On the video front, you get the world’s first 4K video with 24-bit hi-res audio, so your footage should sound as good as it looks.

Yes. Exposure is all over the shop on the M9 and it lacks the 10’s stabilisation to boot.

HTC stepped out of their comfort zone and took a risk this year in order to give us a better sense (get it) of how to distinguish their software from the rest. The HTC 10 boards the latest version in that of Sense 8.0. And it’s the most streamlined version of Sense yet! 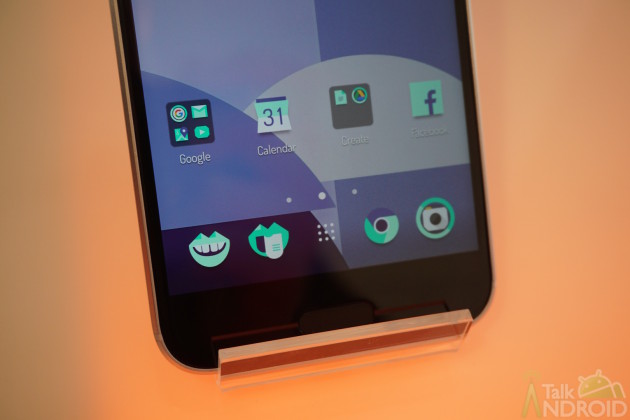 The HTC 10 runs Marshmallow straight out of the box, which is geared towards simplicity. HTC ditched unnecessary bloatware by installing very few of their own apps. Instead, HTC pre-loaded most of Google’s apps to replace their own, which is a good thing if you enjoy using Google’s apps. HTC keeps features to a minimum on Sense version 6.0, installing only what works well and what they feel users will enjoy most. Software design elements closely resemble those on stock Android, which will allow for faster updates. In matter of fact, they’re so close that it’s hard to tell them apart. Animations are smooth, fast, and fluent. 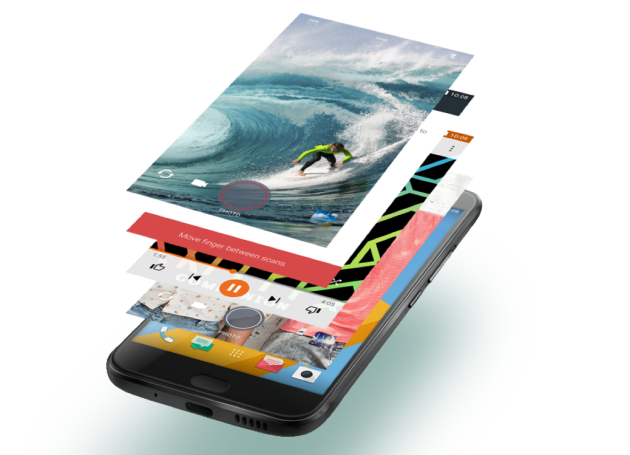 The major addition that can be noticed right when you boot on the phone is HTC’s new freestyle layouts. This is another industry first. Different themes can be applied changing elements throughout the interface. And don’t worry, the app drawer is here to stay. HTC allows icons to be placed wherever, not just on a horizontal grid. Stickers to match the background can act as shortcuts to apps as well. There are lots to play around with to match your style.

On the M9 you get a slightly bigger 2840mAh cell, and it performs as you’d expect: a little better than the M8, but nothing special at all. You still get Power Saving modes and fast-charging too.

Another incremental upgrade here? Not exactly. While the 10’s 3000mAh battery is only slightly bigger than that in the M9, it lasts much longer due to some very clever software tweaks. We get close to two days from it, and here at Stuff we subject our phones to a lot of hard work. USB-C charging is a double-edged sword: on the plus side, you can plug it in without so much fumbling, as there’s no top or bottom to the connection. On the minus side, you probably don’t have many spares lying around.

History has shown us that HTC is still in that stage of rebuilding. After last year’s underwhelming One M9, it seemed as though that a rebound was impossible. Thankfully, that doesn’t appear to be the case because the HTC 10 seems like a polished product that’s worthy of the flagship status. This year’s effort already appears to be far more ambitious than the One M9, which unsurprisingly did very little to give consumers reasons to go with it over the competition.

Things are a bit more optimistic though with the HTC 10, a phone that doesn’t only look vastly better, but it’s been combed over from head-to-toe to ensure that it’s something that’ll attract consumers who were sorely disappointed last year. Will HTC’s hard work pay off? Only time will tell but let us know your views in the comments below!